THE Korean city of Daegu celebrated the latest addition to its metro network on September 9 with the opening of the western extension of Line 1. 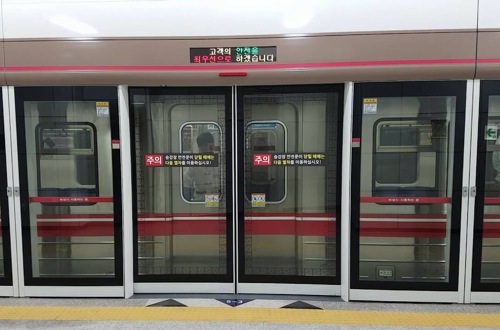 The extension from Daegok includes two new stations, Hwawon and Seolhwa-Myeonggok, bringing the total number of stations on Line 1 to 32.

Construction on the project began in June 2010, taking six years to complete and costing Won 237bn ($US210m). The city hopes that the extension will address traffic issues and revitalise the area for its 55,000 residents.

In addition to the western extension, the city of Daegu announced on September 16 that an 8.7km eastern extension of Line 1 has entered the design phase. The new terminus will be located in the Hayang area of Gyeongsan, a city to the east of Daegu which is home to 13 universities.

A contract for construction of the Won 267bn project is due to be awarded in December.

The standard-gauge Line 1 is operated by the Daegu Metropolitan Transit Corporation (DMTC) and is 28.4km long including the newly-opened extension.