INDIAN Railways (IR) held a pre-bid conference on September 30 for the five shortlisted consortia bidding to supply 17 20-car inter-city EMUs in a contract worth an estimated Rs 25bn ($US 378.8m). 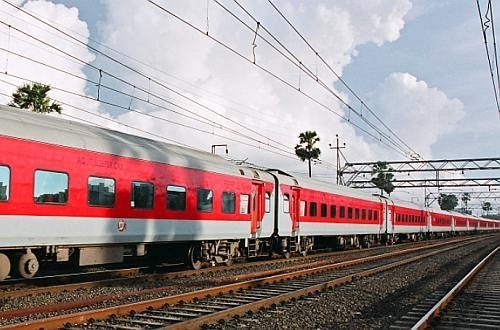 The order will comprise 11 sleeper trains and six day trains. Only the first train will be an outright purchase, with the remaining 16 sets being assembled locally under a technology transfer clause.

The five shortlisted bidders are:

The winning bidder will maintain the fleet for a minimum of seven years at a purpose built depot, which will be located at Ghaziabad near Delhi. The contract specifies minimum availability of 95% and a maximum of one in-service failure per 100,000km. A penalty of 4% will be levied for every 1% if availability falls below the minimum requirement.

An IR official said bidders sought around 200 written clarifications on the tender at the conference, and IR aims to address all of these queries within a week. A second pre-bid conference will be held on October 19. Financial bids will be opened on November 23 with the aim of finalising the contract before the end of the year.

The distributed-power sets will initially be used on Rajdhani and Shatabdi services, although officials said that the trains are likely to be deployed on other routes as IR seeks to increase the average speed for inter-city services from 60km/h to around 100km/h. The new trains will have a maximum speed of between 130km/h and 160km/h.