INDIA’s Cabinet Committee on Economic Affairs (CCEA) has sanctioned six proposals worth Rs 116bn ($US 1.8bn) for track-doubling and electrification works, as well as a new line project, covering the states of Uttar Pradesh, Bihar, Madhya Pradesh and Odisha. 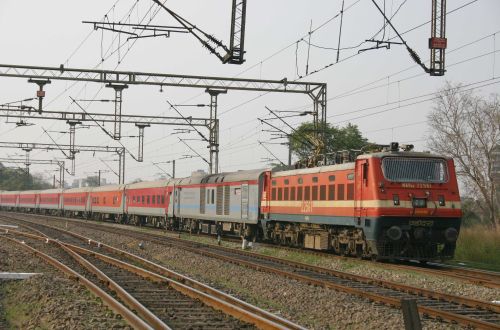 Projects approved include track-doubling and electrification of the 100.6km Muzaffarpur - Sagauli line in the eastern state of Bihar and the 109.7km Sagauli - Valmiki Nagar route in adjoining Uttar Pradesh at an estimated cost of Rs 13.5bn and Rs 13.8bn respectively.

The 117Km Bhatni - Aurnihar line in Uttar Pradesh will also be doubled and electrified at an estimated cost of Rs 13 billion. This project is expected to take traffic away from the Mughalsarai -Allahabad line, which is one of Indian Railway’s busiest routes, running at more than 100% of line capacity.

The increase in capacity will ease the operation of passenger trains from northern India to the eastern states of West Bengal and Bihar, as well as the northeastern states. Connectivity to Prime Minister Narendra Modi’s political constituency in Varanasi will also be improved by this project.

The Rs 49.6bn project to double and electrify the Jhansi - Manikpur and Bhimsen - Khairar lines (total length 425km) is intended to boost passenger traffic to the tourist destination of Khajuraho in Madhya Pradesh state. It will also serve as an important feeder route to the Western Dedicated Freight Corridor, which is currently under construction.

The CCEA also approved the construction of a new 130km line linking Jeypore and Malkangiri in the state of Odisha. The Rs 26.8bn project is intended to improve transport links to the insurgency-prone districts of Dantewara, Jagdalpur, Jeypore and Koraput.

For detailed data on railway projects in India subscribe to IRJ Pro.