"AUSTERITY and economy in expenditure" with "no wastage permitted" was the remedy prescribed by India's minister for railways Mr Pawan Kumar Bansal for Indian Railways (IR) at today's 2013-14 budget announcement to parliament after he revealed that IR will record a loss of Rs 246bn ($US 4.53bn) in the financial year which ends on March 31. 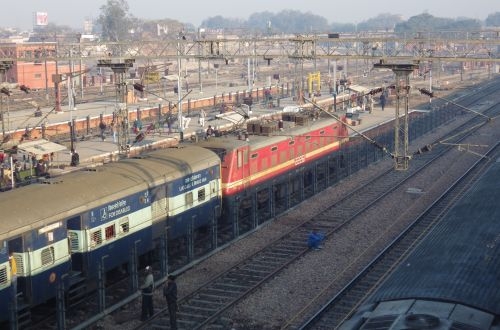 Bansal says that "a sharp rise in input costs" has resulted in a "deterioration of IR's services." However, he says that the fiscal measures being taken by the ministry are already helping to improve the railway's financial position.

Revenue in 2012-13 is expected to come in at Rs 1.28 trillion, short of the Rs 1.35 trillion target, after IR reported lower than expected earnings from passengers and freight traffic. Despite this, Bansal has set IR a revenue target of Rs 1.46 trillion for 2013-14, and is aiming to raise the additional funds from increasing revenues from passenger services and railfreight traffic. Passenger fares are expected to bring in Rs 422.1bn in 2013-14 compared with Rs 325.5bn in the current financial year due to a 5.2% expected increase in passengers using the network, while railfreight is expected to raise Rs 935.54bn next year compared with Rs 859.56 in 2012-13.

However, Bansal steered clear of increasing fares as a means of closing the funding gap, a move that many in the cabinet wanted to avoid following a fare increase on January 22, and the upcoming general election. A proposed fare increase by previous railway minister Mr Dinesh Trivedi in last year's budget announcement ultimately cost him his job.

Bansal says that IR plans to invest Rs 633.63bn in the 2013-14 financial year and will receive Rs 260bn in budgetary support. There is also a plan to raise Rs 151bn from the market and Rs 60bn through PPPs.

These funds will predominately be spent on increasing capacity on existing lines. This will involve building 500km of new lines, converting 450km of narrow and metre-gauge track to broad gauge, and track-doubling 750km of single-track lines, as well as investments in improving passenger safety.

Other investment highlights include:

• extended internet ticketing hours and the start of mobile ticketing services, and

• free wifi services on some trains.

Planned investments for the 2012-13 financial year have been reduced from Rs 601bn to Rs 522.65bn, while the Indian Planning Commission has tentatively pegged IR's investment target for the 12th Five Year plan from 2012-17 at Rs 5.19 trillion. Budgetary support will amount to Rs 1.94 trillion, with IR expected to contribute Rs 1.05 trillion.