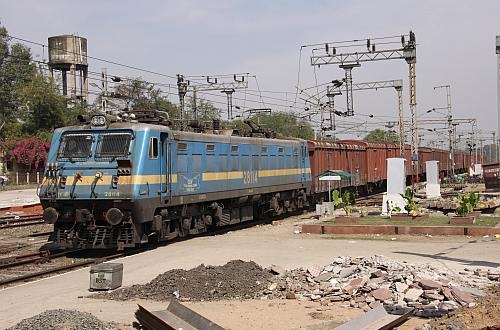 Of this amount, Rs 3.7 trillion will come from the Indian government, while the remainder will be obtained through public private partnerships (PPPs).

The 12th five-year plan document states: "It will be difficult to reach this level of investment unless three major initiatives are planned by the railways: revising the tariff structure in accordance with international practices; increase PPP and private investments; and increase borrowing."

India's rolling stock requirement for passenger traffic is projected to grow at an annual rate of around 10%. Over the next five years, IR will need to acquire 24,000 coaches (including multiple unit vehicles); 2000 diesel locomotives; 2010 electric locomotives and 105,659 wagons.

The 12th plan will focus on five areas: track, bridges, signalling and telecoms, rolling stock, and stations and freight terminals. There will be widespread modernisation of signalling systems with the introduction of the Train Protection and Warning System (TPWS), Anti Collison Devices (ACDs) Train Collison Avoidance Systems (TCAS), and GPS-based low-visibility safety devices. Successful trains were recently carried out using TCAS near Tandur in Andhra Pradesh.

Rolling stock improvements will include the introduction of track-friendly bogies capable of operating under 25 tonne and 32.5 tonne axleloads.

During 2013-18 IR also plans complete the switchover to the manufacture of only Linke Hofmann Busch-designed coaches, while new locomotives will offer higher output and improved fuel efficiency.

Other technical initiatives being planned include the complete track circuiting of station sections and computerised real-time asset monitoring.

The restructuring of IR will also continue, with the divestment of non-transport activities and separation of policymaking and operational responsibilities of the Ministry of Railways.