IN an unusual move for a Japanese railway, JR East issued an open tender on November 28 for a contract to supply a fleet of 18 DMU cars for the 107km non-electrified line from Hachinohe in Aomori prefecture to Kunji in neighbouring Iwate. 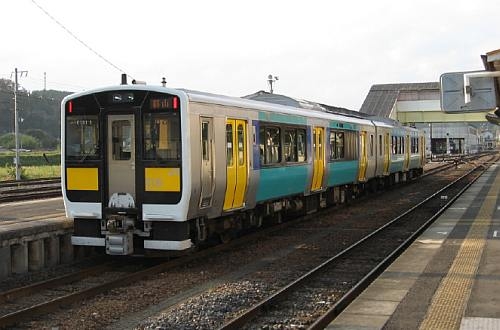 The order comprises six single-car and six two-car trains together with spare parts and technical support.

According to the draft specification, which may be subject to change, the 100km/h 1067mm-gauge vehicles will be 19.5m long with stainless-steel bodyshells. Power will be provided by direct injection six-cylinder diesel engines with a nominal output of 331kW at 2100rpm.

Suppliers will be expected to submit proposals by around August next year and JR East will select a preferred bidder by around March 2016. JR East says it expects to determine delivery dates after selecting a supplier, although it suggests the trains will arrive around August 2017.