JR East has awarded a contract to Toshiba to supply its H2One autonomous hydrogen energy supply system for installation at Musashi-Mizonokuchi station on the Nambu Line in Kawasaki City. The system will start operating in the first half of 2017. 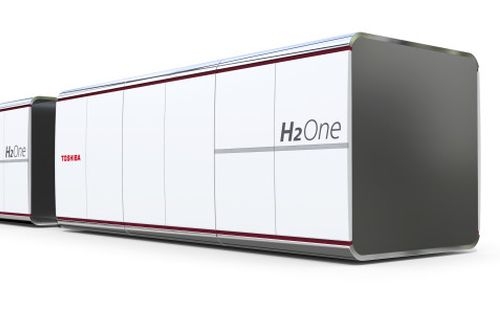 H2One combines a renewable energy source and hydrogen-powered fuel cells to produce a CO2-free, environmentally-friendly uninterrupted supply in the event of power failures.

Hydrogen in the unit's storage tanks is fed to the fuel cell and generates electricity to light part of the station building. In normal operation, H2One will be used to generate electricity, and produce hydrogen using electricity generated by solar panels on the station roof.