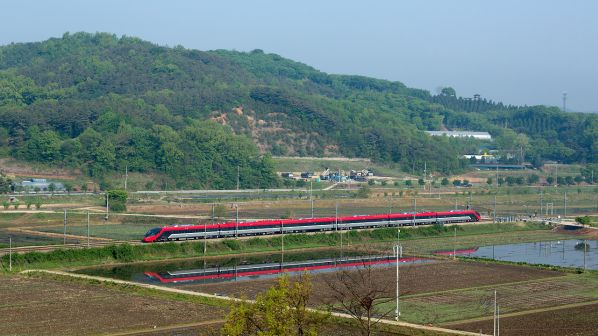 Woojin will deliver a total of 150 cars to Korail.
Photo Credit: David Gubler

Woojin will deliver a total of 150 cars by mid-2021, with the order comprising 27 four-car and seven six-car EMUs.

This the first time Woojin has secured a contract for intercity trains on Korail’s network, which has been dominated by Hyundai Rotem vehicles until now.

“This will be a great opportunity for us to expand our rolling stock business to other markets once the vehicles have been delivered successfully,” a spokesperson for Woojin told IRJ. The company says it is also looking at other opportunities in southeast Asia.

In addition to the order from Korail, Woojin recently secured a $US 20m contract to supply six two-car light metro trains for Incheon Line 2. Deliveries will be completed by June 2021.