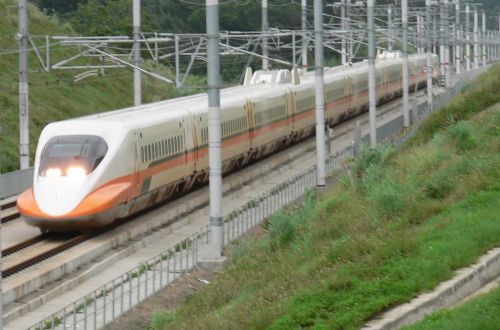 The first contract - C-4 - is worth Rs 249bn ($US 3.5bn) and comprises design and construction of 237km of viaduct on the 508km line as well as four stations and a depot. The contract is described as India’s largest infrastructure contract and was signed by L&T and NHSRCL in the presence of Japanese ambassador to India, Mr Satoshi Suzuki, and CEO and chairman of India’s Railway Board, Mr Vinod Kumar Yadav, on November 26.

The second contract - C-6 - is worth approximately Rs 70bn and comprises construction of viaducts, one station at Anand, major river bridges and other auxiliary works on the 87.5km elevated section from the outskirts of Vadodara to Ahmedabad. NHSRCL spokesperson, Ms Sushma Gaur, says the formal contract for the C-6 package will be signed separately.

Of the proposed corridor, 348km will run in Gujarat, 156km in Maharashtra and 4km in Dadar and Nagar Haveli states. However, while work is progressing at a brisk pace in Gujarat, just 22% of the required land in Maharashtra has been acquired because of legal and environmental issues.

The Maha-Vikas-Aghadi government of Maharashtra has also remained cool on the project. The state government has not contributed its agreed share of equity funding to NHSRCL, which was set up to execute the project, and chief minister, Mr Uddhav Thackeray, has openly opposed the line.

The states of Maharashtra and Gujarat NHSRCL are both required to contribute Rs 50bn in start-up equity for NHSRCL with Indian Railways contributing Rs 100bn. The remaining costs will be covered by a Rs 880bn soft loan from the Japanese International Cooperation Agency (Jica).

However, the project is reportedly experiencing large cost escalations, with officials of the Indian and Japanese governments engaging in discussions over revised costs in recent months.