THE introduction of new train timetables in Japan on March 14 was not only notable for the opening of the country's latest high-speed line, the Hokuriku Shinkansen, but also acceleration of Tokaido Shinkansen services, the opening of a new line in Tokyo, and the reopening of one of the lines damaged by the 2011 tsunami. 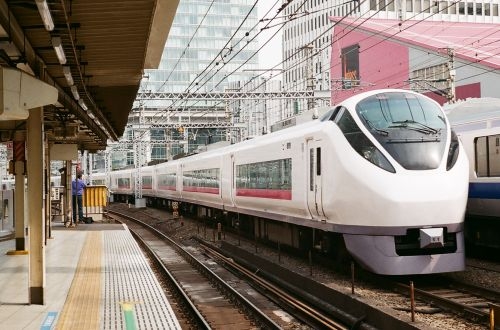 JR Central increased the maximum speed on the Tokaido Shinkansen from 270 to 285km/h line which has cut 3 minutes off the 2h 25min journey time of Nozomi services linking Tokyo and Shin-Osaka using series N700A trains.

JR East opened a new 3.6km line in the centre of Tokyo connecting the main station and Ueno. The link, which was constructed above the Tohoku Shinkansen, connects the Tokaido, Tohoku, Takasaki and Joban 1067mm-gauge lines. It enables Joban line Limited Express trains to reach Shinagawa south of Tokyo, while all Tokaido suburban train are now able to operate onto the Tohoku or Takasaki lines.

The line is expected to accelerate redevelopment of a former train depot between Shinagawa and Tamachi where new stations will be constructed at Yamanote and Keihin-Tohoku.

JR East has completed the reconstruction of the Ishinomaki line which was destroyed by the tsunami which struck Japan's east coast on March 11 2011. The final 2.3km section from Onagawa to Urajuku was opened on March 21. Onagawa station is now 7m higher than it was before to avoid future risk from tsunamis.

In addition, JR East, Iwate Prefecture, and Miyako City finally reached an agreement on February 6 regarding the future of the Miyako - Kamaishi Yamada line, 55km of which was destroyed by the tsunami. JR East will reconstruct the line and then hand it over to Sanriku Railway along with eight new DMUs, and donate Yen 3bn ($US 25m) to the local authorities. JR East did not want to continue to operate the line due to the low population in the area and delayed reconstruction, which started on March 7.

Expansion of the Shinkansen network has resulted in the withdrawal of more night trains. As commissioning of the Hokkaido Shinkansen extension to Shin-Hakodate through the Seikan Tunnel is now underway, the Twilight night train connecting Osaka and Sapporo was withdrawn on March 14 while the Hokutosei service linking Tokyo Ueno and Sapporo will only continue to operate irregularly until August.

This means only two night trains will continue to connect Honshu and Hokkaido: the Sunrise Seto/Izumo connecting Tokyo and Takamatsu/Izumoshi and Cassiopeia connecting Ueno and Sapporo, which will run three times a week until the opening of Hokkaido Shinkansen in March 2016.