THE Chinese city of Ningbo inaugurated the second phase of metro Line 1 on March 19 with the launch of trial operation on the 25.3km nine-station western extension from Donghuan South Road to Xiapu in Beilun district. 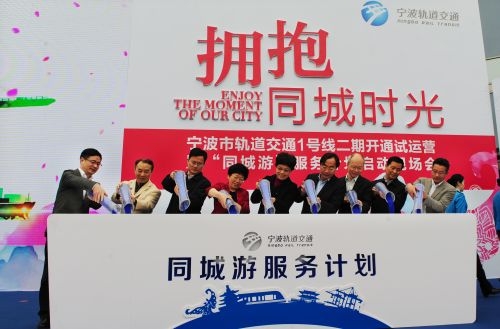 The initial 20.9km section of Line 1 from Gaoqiao West to Donghuan South Road opened in May 2014, while a second 28.4km north-south line from Qingshuipu to Lishe International Airport was inaugurated in September 2015.

Services on Line 1 are operated by a fleet of 40 type B trains supplied by CSR Zhuzhou.