THE Philippine Department of Transport and Communications (DOTC) has awarded a PPP contract for the 11.7km southern extension of the city's LRT1 light metro line from its existing southern terminus at Baclaran to Cavite. 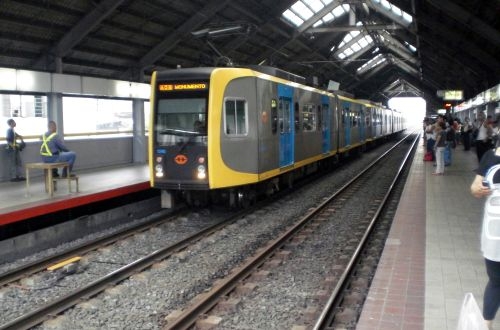 Light Rail Manila, a joint venture of Ayala and Metro Pacific Investments, offered a premium of Pesos 9.35bn ($US 214m) on top of the project cost of Pesos 64.9bn.

As part of the deal the consortium will operate the entire line, including the existing 20.7km section from Roosevelt to Baclaran for 32 years.

The extension will largely run on viaducts with a 10.5km elevated section and the remaining 1.2km at grade.

DOTC is due to sign a concession agreement with Light Rail Manila by the start of next month.

The government has also approved funding worth Pesos 2.5bn to upgrade infrastructure and rolling stock on the existing network, including Pesos 1.2bn for the modernisation of 28 trains, Pesos 870m for power supplies, Pesos 185m for signalling work, and Pesos 119m for track renewals. Most of this work is due to be carried out next year.