A metro connection between Shenzhen Bao'an International Airport and the Chinese high-speed rail network began operating on June 28 with the start of passenger services on Shenzhen metro Line 11. 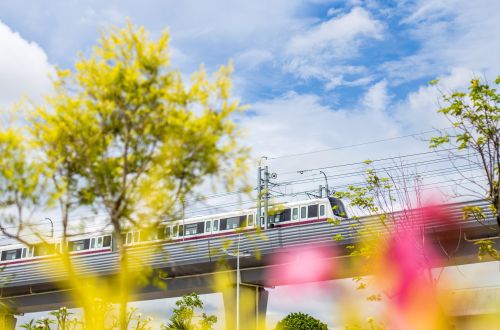 The 51.9km 18-station line starts at Bitou near the administrative border with the neighbouring city of Dongguan and roughly follows the shoreline of the Zhujiang River estuary to serve airport Terminal 3 and Shenzhen Bay before terminating at an interchange with the Guangzhou - Shenzhen - Hong Kong Express Rail Link and metro lines 2 and 3 at Futian.

Shenzhen Metro claims Line 11 is China's fastest metro with trains reaching speeds of up to 120km/h, double the maximum operating speed on other parts of the network. The journey time to Futian is 55 minutes from Bitou and 29 minutes from the airport.

Services are operated by a fleet of type A metro trains. Each train has capacity for up to 2564 passengers, with business class accommodation in two of the eight cars.