THE prime minister of Singapore Mr Lee Hsien Loong and his Malaysian counterpart Mr Najib Tun Razak have agreed to build a high-speed line between Singapore and Kuala Lumpur by 2020, which will reduce the journey time between the two cities from 6h 11min to around 90 minutes. 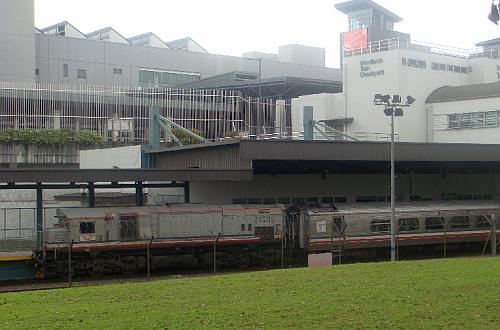 The project was highlighted in the joint statement issued following the Singapore-Malaysia leaders retreat in Singapore on February 19, which says the project will "usher in a new era of strong growth, prosperity and opportunities for both countries.

The leaders have asked the Iskandar Malaysia Joint Ministerial Committee to look at options for taking the project forward.

Through services between Kuala Lumpur and Singapore were cut back to the border station at Woodlands in 2011 when Malayan Railway (KTM) ceased operating to the terminus at Tajong Pagar in central Singapore. The journey time is currently between six and seven hours by train and four hours by car.

The leaders have also agreed to develop other transport links between the two countries, including the extension of the Singapore metro network across the Straits of Johor to serve Johor Bahru. An engineering study was commissioned at the end of 2011, the first phase of which is nearing completion.