The facility is expected to be fully operational by the end of 2024. 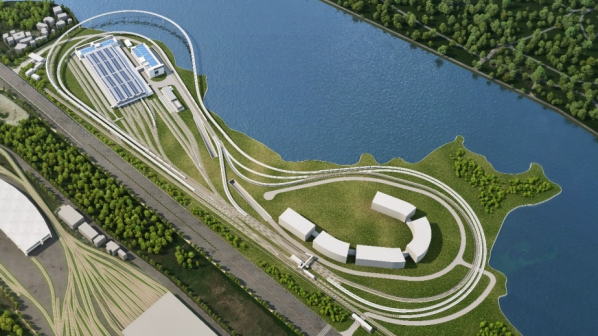 The 50-hectare facility will be used for the testing and commissioning of trains and railway systems, providing Singapore with a dedicated facility to carry out train testing activities away from the metro network.

The site will be used to support key projects, including the introduction of new trains for the 4km Circle Line Stage 6 extension, due to open in 2025, as well as mid-life upgrades to existing train fleets.

The ITTC will include:

Work will be carried out in two phases. Phase 1, which includes the construction of the dynamic speed test track, is targeted for completion in the fourth quarter of 2022, in time to receive the new trains for Circle Line Stage 6 in early 2023. Phase 2, which will be fully completed by the end of 2024, will include the completion of the administrative building, operations control centre, workshops and the two remaining test tracks.

The ITTC test tracks will be equipped to accommodate all types of signalling and communication systems used on the MRT network, alongside both third rail and overhead catenary systems.

The site is expected to also improve the capacity for other maintenance works and reduce the need for early closure and late opening to facilitate train testing, minimising inconvenience to passengers.

The ITTC will also be designed to maximise energy efficiency, and will feature LED lighting, solar panels and a centralised chiller system, bicycle parking facilities and sheltered linkways.