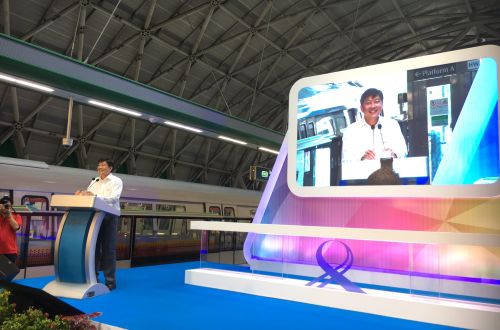 The extension is forecast to carry around 100,000 passengers per day and will significantly reduce journey times to the Jurong and Tuas industrial areas in the west of the island. For example, the Ang Mo Kio - Tuas West trip has been reduced from 1h 40min to 1h 5min.

The project included the construction of a 26-hectare depot, which will accommodate up to 60 trains and provide additional maintenance capacity for the 13 extra trains procured for the TWE.

The extension has been equipped with Thales’ SelTrac CBTC solution under a €24m contract awarded in 2012.