SRI LANKA celebrated the opening of the first phase of a new railway along the island’s south coast on April 8, when the 26.8km Matara - Beliatta line was inaugurated in the presence of minister of transport and aviation, Mr Arjuna Ranatunga. 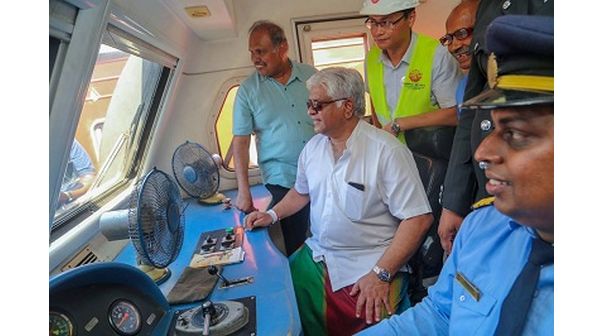 The Matara - Beliatta project included the construction of five stations, 18 level crossings, 12 bridges and 49 culverts. Nearly 10% of the line runs on bridges, including Sri Lanka’s longest and tallest railway bridge, a 1.5km-long structure spanning the Nilwala valley between Bambarabda to Vavurukannala.

The project also included the construction of the country’s longest railway tunnel, which runs for 615m between Nakuttigama and Kakanadura.

The $US 278.2m project was financed through a 20-year loan from China’s Exim Bank, which was agreed in 2013. The line was built by China National Machinery Import and Export Corporation (CNMIEC).

The second phase will extend the line 48km from Beliatta from Hambanthota, while the final phase covers the remaining 39km to Katharagama.