TAIPEI celebrated the opening of the 8.5km eastern extension of metro Line 3 from Ximen to Songshan on November 15 with a day of reduced fares and free rides for holders of the city's EasyCard contactless smartcard. 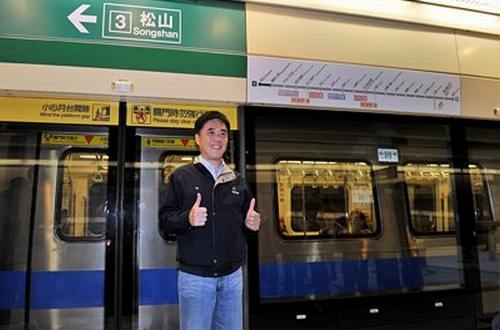 Taipei Rapid Transit Corporation (TRTC) says around 725,000 passengers took advantage of the offer, with around 345,000 using the new line on the first day of operation. Passengers will be able to use the Ximen – Songshan section free-of-charge for the next month.

The extension has seven stations, including interchanges with metro lines 1, 2, and 4 and the Taiwan Railways Administration (TRA) mainline network at Songshan.