THE THAI government has announced plans to establish a railway investment and regulation unit, taking over functions currently managed by State Railway of Thailand (SRT). 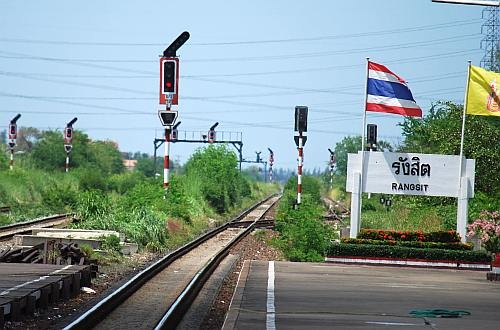 According to the Bangkok Post, the Department of Rail Transport (DRT) will be part of the Transport Ministry and is expected to take a year-and-a-half to set up. The final structure of the DRT has not yet been determined, and ministers still have to decide whether ownership of infrastructure and property should remain with SRT or transfer to the new organisation.

SRT will still be responsible for implementing infrastructure projects and around 1000 track maintenance staff will remain with the railway.

The proposals will be put before the Public Transport Development Commission within the next six months, before being submitted to parliament for approval.

Outlining the restructuring plan on April 17, permanent secretary for transport Mr Wichean Potephosree said that the creation of the DRT would ease the future debt burden on SRT as Thailand steps up investment in the modernisation of its railways. The Thai government is planning to borrow up to Baht 2 trillion ($US 65bn) to fund infrastructure projects over the next seven years, of which 80% will be allocated to rail.