THAILAND’s Office of Transport and Traffic Policy and Planning has released a 20-year masterplan for rail development worth more than Baht 2.7 trillion ($US 81.57bn). 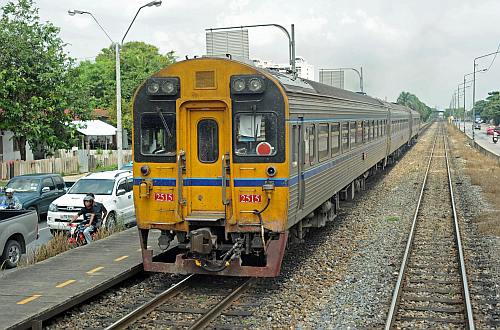 The plan is set to be divided into three periods: a short-term plan from 2017 to 2021, followed by a medium-term plan between 2022 and 2026, and a long-term plan from 2027 to 2036. Prospective projects range from 2777km of double-track work; the construction of 2457km of standard-gauge lines for high-speed trains; network electrification; and development of intermodal rail freight terminals.

According to Mr Chayatan Phromsorn, deputy director of the OTP, who presented the plan to around 200 officials from the state, private sector, education, and the media in Bangkok on September 22, it includes the following projects:

Phromsorn says the plan is intended to develop rail infrastructure that will facilitate the establishment of special economic zones as well as boost tourism and local development. It is also hoped that releasing a long-term vision which places rail at the centre of the country’s transport infrastructure development, will boost prospective investor confidence.

Around Baht 1.9 trillion of the plan’s total cost will be funded by the state, with the remainder expected to come from the private sector.