THE World Bank board of executive directors has approved a $US 195m loan from the International Bank for Reconstruction and Development (IBRD) to finance the construction of a new railway through the Kamchik Pass in eastern Uzbekistan. 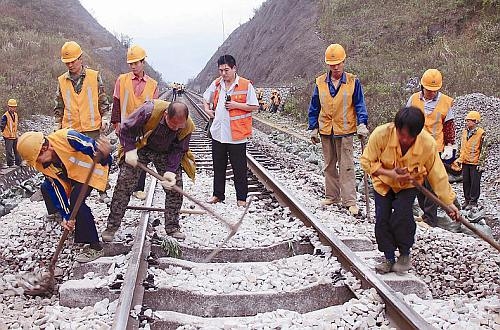 The 124km Angren – Pap line will create a direct connection between the capital Tashkent and Uzbekistan's second-largest city Namangan and will also enable east-west freight traffic to bypass northern Tajikistan.

Uzbekistan Railways (UTY) forecasts that the electrified railway will carry 600,000 passengers and 4.6 million tonnes of freight in its first year of operation.

The total cost of the project is $US 1.63bn, with $US 1.08bn coming from UTY, the Uzbek government, and the Uzbek Reconstruction and Development Fund (URDF) and the remainder being provided by international lenders. In 2013 China's Eximbank agreed to provide Uzbekistan with a $US 350m loan to help finance the $US 455m 19.2km Kamchik Tunnel, which is being built by the China Railway Tunnel Group.