THE World Bank has agreed to provide a $US 500m seed capital loan with a seven-year repayment moratorium to kick-start Indian Railways' (IR) station redevelopment programme, which will be financed through a combination of intergovernmental agreements and public-private partnerships. 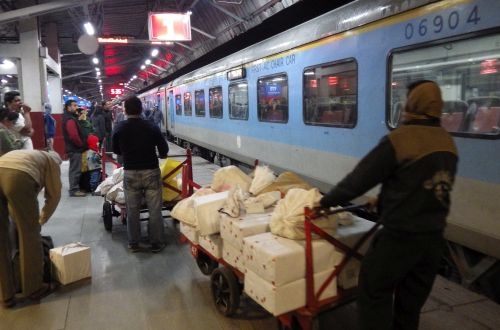 IR has already signed a memorandum of understanding (MoU) with French National Railways (SNCF) concerning the redevelopment of Ambala and Ludhiana stations in the north, while talks for similar tie-ups are underway with potential partner railways from Australia, Belgium, Germany, and China.

Draft tender documents for the modernisation of 400 category A1 and A stations were published on IR's website last month and bids for the first group of stations will be submitted in June.

Over the last two years IR has signed MoUs with railways in 14 countries and several rounds of discussions have been held on station modernisation strategies have been completed. The Korean government has reportedly offered to invest Rs 40bn ($US 754.7m) in the redevelopment of New Delhi station.

As the programme involves multi-departmental and multi-sectoral cooperation, the Indian government has decided to set up a new and independent body to undertake station redevelopment projects. This organisation will not be headed by an IR official and will have representatives of all stakeholders in the execution and management of the projects.