AUSTRALIAN Rail Track Corporation (ARTC) has issued an invitation to tender for engineering design and environmental consultancy services for the Inland Rail project, the first contract to be tendered for the new freight link from Brisbane to Melbourne. 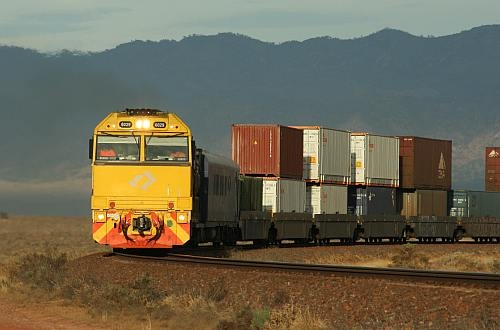 The 1700km route will combine upgraded sections of the existing interstate freight network with new lines to create a new north-south route for freight traffic bypassing congested lines in the Sydney area, which will reduce Brisbane – Melbourne journey times by around 10 hours. The line will be cleared for double-stack container trains and high axle-loads with a maximum speed of 115km/h.

The contract covers the development of reference designs for track alignment, hydrology, detailed designs for replacement structures, and environmental assessment for the upgrading of the 106km Parkes – Narromine section and the 307km new-build Narrabri – North Star stretch of the route in New South Wales. The closing date for registrations is March 20.

The Australian government has allocated $US 300m for the initial phases of the project and the minister for infrastructure and regional development Mr Warren Truss has charged ARTC with developing a 10-year implementation plan. Former deputy prime minister Mr John Anderson has been appointed to head the Inland Rail Implementation Group, which will oversee the planning process.

Three priority sections have been identified for the initial stage of the project, including the Parkes – Narromine and Narrabri – North Star sections in New South Wales and Rosewood – Kagaru line in Queensland, which is expected to bring immediate benefits for freight traffic on the Toowoomba – Brisbane corridor.