Aurizon to pull out of intermodal freight business

AUSTRALIAN rail freight operator Aurizon has announced that it will withdraw from both the intra and interstate Intermodal rail businesses through a combination of closures and sales in the coming months. 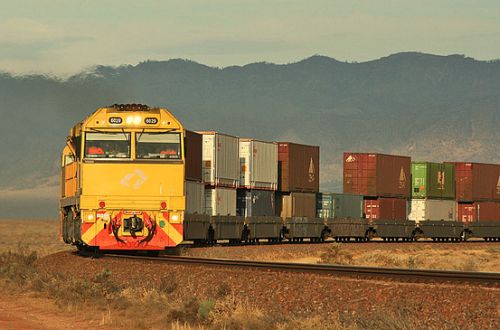 The transactions, valued at $A 200m, include the transfer of around 380 employees as well as assets, commercial and operational arrangements. Both deals will be finalised by the end of June 2018, subject to approval by the Australian Competition and Consumer Commission and the Foreign Investment and Review Board.

Aurizon’s loss-making interstate intermodal business which runs around five return services per week between Brisbane, Sydney, Melbourne, Adelaide and Perth, will cease operations with the loss of approximately 250 jobs. The intermodal businesses carried 2.9 million tonnes of freight in the 2017 financial year, up 4% on 2016.

The interstate business was reportedly on the market earlier this year, but it appears no serious bids have been forthcoming from competitors or potential new market entrants.

Aurizon managing director and CEO Mr Andrew Harding said a review examined future opportunities including divestment, joint venture, retention of the business, or closure of parts that did not offer a sustainable commercial future.

“In making the decision to exit, we considered the significant financial losses that have been sustained year on year by Aurizon Intermodal,” Harding says. “The business has not been able to establish significant scale and a customer base to support a profitable business in a highly-competitive market.”

Closure of the interstate business is expected to take effect by December 2017, contingent on finalising transitional and commercial arrangements with customers. Competing interstate freight operators Pacific National and SCT Logistics would be expected to gain additional traffic as a result.

Aurizon says it will cascade standard-gauge rolling stock to other parts of its business and the company will also launch a disposal process for surplus rolling stock and other assets.