LIQUIDATORS have been appointed to wind up Australian niche railfreight operator El Zorro Transport after the company incurred debts reported to be in excess of $A 10m ($US 9.2m). 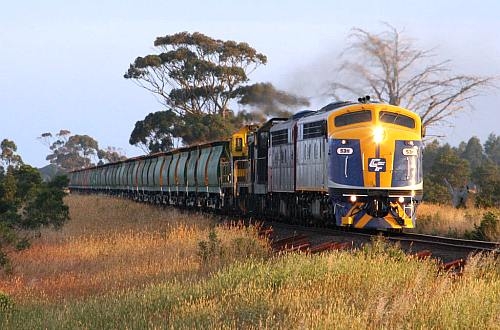 The Supreme Court of New South Wales chose HoskingHurst as liquidators following an application made by creditor Consolidated Rail Leasing to close the company.

Most of El Zorro's railfreight operations had already ceased following a financial dispute with major customer grain marketer Cargill, for which it moved grain in the states of Victoria and New South Wales.

It has also recently lost a contract to Pacific National for the movement of mineral sands in western Victoria for Iluka Resources.

El Zorro was an open-access operator with only a small asset base and no trackage, most of its locomotives and rolling stock being leased from other providers.

Creditors include track access authorities, leasing companies, various heritage groups that had hired locomotives to El Zorro, and most of the 130 staff who have yet to receive their full entitlements.

As well as the Iluka Resources contract, Pacific National has taken over most of El Zorro's grain and regional intermodal operations on an interim basis.