IN the run-up to Australia's federal election on 7 September 2013, both major political parties have given their backing to the eventual construction of the $A 5bn ($US 4.4bn) Inland Rail project, which will provide a new standard-gauge link between Melbourne and Brisbane. 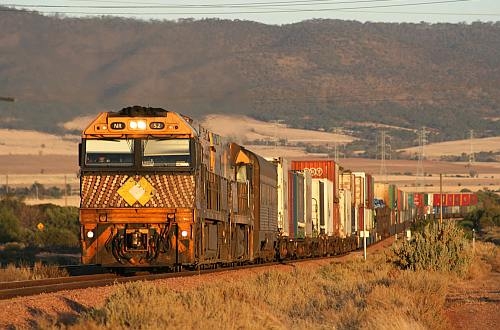 The 1700km line would avoid the poor alignments of the current East Coast route and congestion through the Sydney metropolitan area.

Shadow minister for infrastructure and transport Mr Warren Truss has publically committed to the project, saying that if the Coalition parties are elected to government Australian Rail Track Corporation (ARTC) will be tasked with formulating a staged 10-year implementation plan with the aim of starting construction in 2016.

The ARA says that 41% of the route would run over existing lines, which would require only minor upgrading work, 25% would use existing tracks requiring major upgrades, and 34% would require completely new track and alignments.

The incumbent Labor administration has reaffirmed its previous commitment of $A300m towards preconstruction work and alignment protection on the Inland Rail route, although the funds would not be available until 2014/15.

Labor also has indicated that if re-elected it would legislate to protect the 1748km route required for the proposed high-speed line linking Melbourne, Canberra, Sydney and Brisbane. Although high-speed construction is not slated to commence for at least another decade, Labor says it will commit $A 52m over the next four years to establish a high-speed secretariat to coordinate preconstruction activities.