PRELIMINARY construction was officially launched on Auckland's $NZ 2.5bn ($US 1.7bn) City Rail Link (CRL) on December 21, when around 80 people attended a Manawhenua dawn blessing of the initial worksite at the intersection of Victoria Street and Albert Street in the city centre. 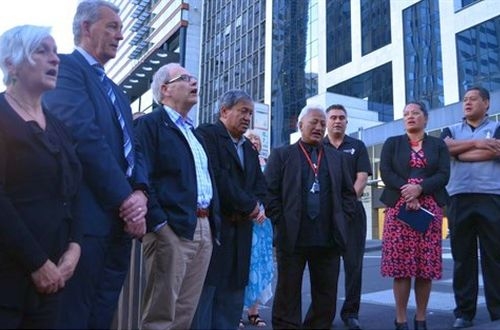 The 3.4km CRL will extend Auckland's commuter rail network beyond the current terminus at Britomart to connect with the western line at a triangular junction near Eden Terrace. New underground stations will be constructed at Aotea Square and Karangahape Road, while the existing Mount Eden station will be rebuilt.

The section between Britomart and Aotea Square will use cut-and-cover construction, while the remainder of the new line will run in twin-bore tunnels at depths of up to 42m, which will be excavated using TBMs.

Major construction is not expected to begin until 2018-2019 following a vote by Auckland Council in December 2014 to defer the main part of the project, which is now due to be completed in 2024.