THE government of the Australian state of Victoria has selected the Cross Yarra Partnership (CYP) as preferred bidder for the $A 6bn ($US 4.7bn) Melbourne Metro Tunnel and stations public-private partnership. 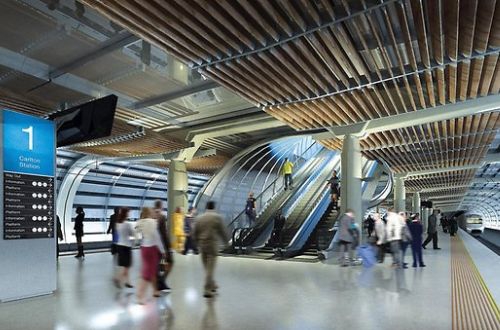 A shortlist of bidders for the project was announced in April.

The government says the project will create more than 5000 jobs, including apprentices, trainees and engineering cadets and pave the way for greater capacity and additional services on the Melbourne suburban rail network.

There will be revitalised open space above ground at all five stations, and additional entrances to reduce crowding on major streets in the centre.

Walkways at Flinders Street and Melbourne Central stations will be diverted underground, enabling passengers to change easily between the Metro Tunnel stations and the City Loop.

Early works are well underway, with major construction on the tunnel and stations expected to start next year.