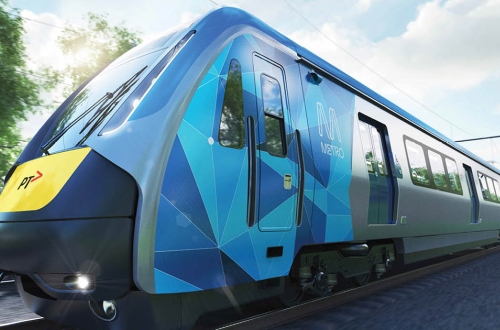 Evolution Rail and Transport for Victoria are working together to achieve financial close by the end of the year on the estimated $A 2bn ($US 1.5bn) PPP. The contract will guarantee of 60% local content is used during the construction period creating 1100 skilled local jobs.

Evolution Rail will be responsible for:

• design, manufacture and commissioning of 65 EMUs for use on the Cranbourne, Pakenham and Sunbury lines in Melbourne

• design, construction and commissioning of a train maintenance facility and stabling yards at Pakenham East, and

• maintenance of the rolling stock fleet for 30 years.

Downer’s scope of work includes project management services for the HCMT construction; design, construction and commissioning of the train maintenance facility, stabling yards and light service facility; and the maintenance and overhaul of the HCMT fleet.

To build the trains, Downer’s existing Newport manufacturing facility will undergo an $A 16m upgrade, while CRRC will also establish a new regional headquarters in Melbourne.

The first of the new trains, which will have 20% more capacity than existing sets, will be delivered for testing by November 2018, and will enter service on the Cranbourne-Pakenham Line from 2019, with all 65 trains available by 2026 when Melbourne’s metro tunnel opens.

The Victorian government has also announced that it will order a further nine six-car X’Trapolis train sets from Alstom to meet demand on the network prior to the roll-out of HCMTs, securing work at Alstom’s Ballarat workshop until at least 2019.