FOLLOWING speculation that Pilbara iron-ore miner Fortescue Metals Group (FMG) was considering selling its rail infrastructure as a way of reducing its debt liabilities, the company has confirmed to The West Australian newspaper that it has opened up a data room for a small group of potential investors. 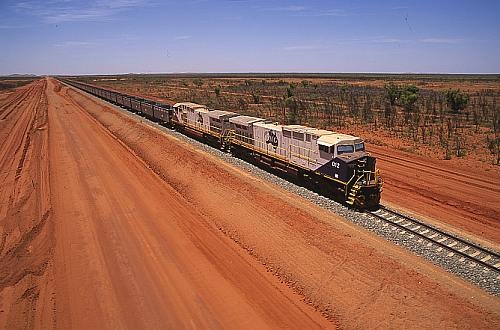 The possible sale of a stake in FMG's wholly-owned subsidiary The Pilbara Infrastructure (TPI), which controls the company's rail and port interests, is being handled by Macquarie Capital.

Aurizon, the newly re-badged QR National, has been suggested a frontrunner, but has previously indicated that it would require a controlling stake, something that FMG is thought not to be keen on.

"We are prepared to sell off a small percentage, [but] it won't be a controlling interest," FMG chief executive Mr Nev Power says.

Earlier this year FMG was forced to slow down its Pilbara expansion plans, reducing its production capacity to 115 million tonnes per annum (mtpa), down from 155mtpa, but with an upturn in global iron-ore prices it has floated the possibility of reaching the latter target by the end of 2013.

This week FMG ran its first 240-wagon train carrying 23,000 tonnes of ore over the newly-opened 130km branch from Solomon mine, which connects to FMG's mainline link to the company's Herb Elliott terminal at Port Hedland.