NEW Zealand’s transport minister, Mr Phil Twyford, and finance minister, Mr Grant Robertson, announced on May 9 that the cabinet has agreed to launch a procurement process for a two-line light rail network in Auckland after a sovereign wealth fund offered to evaluate the potential for private sector investment in the project. 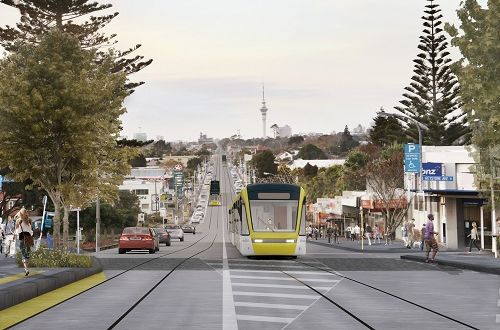 The procurement process will cover the City - Mangere and City - North West lines.

The recently-announced 10-year transport plan for Auckland earmarked $NZ 1.8bn ($US 1.3bn) in seed funding with an option for private investment in the network.

The New Zealand Superannuation Fund (NZSF) also confirmed on May 9 that it has submitted an unsolicited proposal offering to assess the viability of the project for commercial investment.

“The government has signalled its intention to accelerate core infrastructure investment in a number of areas,” says the fund’s chief executive, Mr Matt Whineray. “We consider the Auckland light rail network to be an infrastructure project of sufficient scale and significance to be an attractive prospect for investment. We wish to explore whether an NZSF-led consortium leveraging our international relationships can fund and deliver the project, on a fully commercial basis.”

“The government will not be commenting further on the proposal other than to say that we welcome the strong interest in light rail and acknowledge that any investors will require a reasonable commercial return,” Twyford says. “The procurement process agreed by cabinet will review all other proposals in the same way as the NZSF proposal is assessed.”