KiwiRail in profit despite earthquake impacts 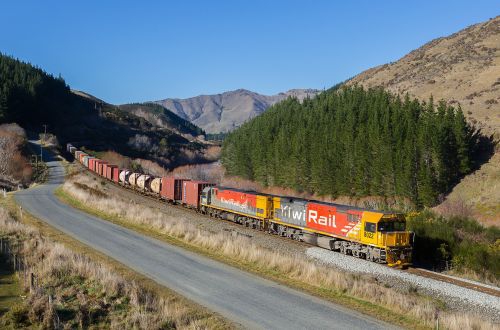 Some of the locomotives in the South Island of New Zealand are more than 40 years old.
Photo Credit: David Gubler

The result would have been better, but KiwiRail was affected by the ongoing fallout from the Kaikoura earthquake which cut the Christchurch - Picton section of the Main Trunk Line on the South Island and disrupted freight services to and from CentrePort in Wellington. The railway is also battling an aging South Island locomotive fleet with some locomotives 57 years old which is driving up maintenance costs.

The earthquake had cut revenue for the full year by about $NZ 25m leading to the reduced profit figure with James estimating the surplus would have been closer to $NZ 40m if the earthquake had not occurred. A full-year profit of between $NZ 30m and $NZ 50m is estimated.

There was also some good news with revenue from forestry products up 8% while the bulk freight market was showing signs of improvement.

Meanwhile, KiwiRail is turning up the heat on the new Labour-led coalition government to provide it with secure long-term funding to deal with issues such as its ageing locomotive fleet and infrastructure improvements. James says KiwiRail is working closely with the government over the funding situation.

KiwiRail estimates its services annually cut the number of heavy-vehicle movements on the nation’s roads by 550,000 and saves more than 32m litres of fuel and 88,000 tonnes of C02 emissions.