THE Premier of the Australian state of Victoria Mr Daniel Andrews announced on March 3 that the state will place an order for five additional six-car X'Trapolis EMUs for the Melbourne suburban network, safeguarding the immediate future of the Alstom assembly plant at Ballarat. 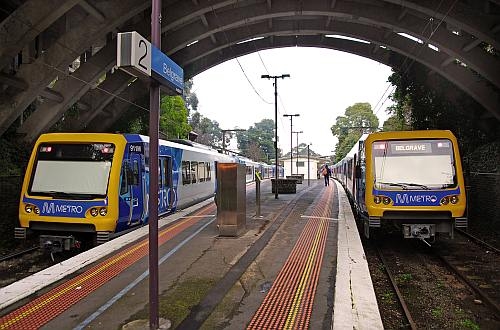 The trains are due to enter service by the end of next year and are being ordered as part of the Victorian government's long-term rolling stock strategy, which will be unveiled as part of the state budget in May.

According to the state government, the Ballarat plant would have been left without any work within the next five months if no new orders had been placed. The extra trains will keep production lines open and also provide a short-term increase in fleet capacity on the Metro Trains Melbourne network.

Ballarat is currently completing a batch of eight additional X'Trapolis sets which were ordered by Public Transport Victoria in June 2013 to supplement the 74 trains already in service in the city.