VICTORIA's minister for public transport Mrs Jacinta Allan announced on November 23 that the government of the Australian state has exercised a $A 274m ($US 197m) option with Bombardier for 20 additional E-Class (Flexity Swift) low-floor LRVs for the Melbourne tram network. 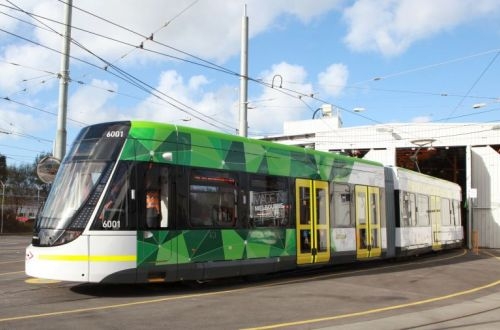 The state Department of Transport placed an initial order for 50 of the three-section bidirectional LRVs in September 2010 in a deal which included options for up to 100 additional units. Deliveries began in 2013 and so far Bombardier's plant at Dandenong in Victoria has supplied nearly 30 vehicles, which are in service with Yarra Trams on lines 11 and 96.

The final vehicles from the initial batch are due to enter service in May 2017 and the first LRVs from the second batch will be delivered the following month. All 70 vehicles will be in service by late-2018.

The follow-on order is being funded through the 2015-16 Victorian budget and the state government's Trains, Trams, Jobs 2015-2025 programme.