THE deputy premier of the Australian state of New South Wales Mr Troy Grant and minister for transport Mr Andrew Constance announced on October 28 that the state government has allocated $A 50m ($US 37.9m) to accelerate the renewal of NSW TrainLink’s medium-and long-distance diesel fleet, starting with the XPT trains. 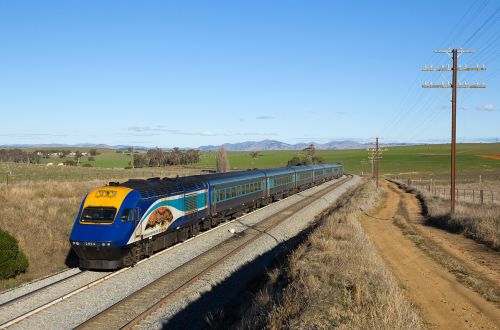 The procurement of new trains to supersede the fleet of 19 XPT power cars and 60 intermediate trailers will now begin in the first half of 2017, two years earlier than previously envisaged.

“We want this to be a great outcome and for that to happen, we need to start talking to the industry about the options available and how we get new trains on the track quickly,” says Constance.

A development of the British High Speed Train, the XPTs were built by Comeng and ABB and entered service from 1982 onwards. The fleet still covers around 3.5 million-km annually, carrying around 1 million passengers a year on long-distance services from Sydney to Melbourne, Brisbane, and Dubbo.

In addition to the replacement of the XPTs, the state government says it will look at options for new trains to supersede the fleet of 51 Endeavour and Xplorer DMU cars built by ABB in the 1990s.