THE government of the Australian state of New South Wales has committed $A 9bn ($US 8.35bn) to current and future heavy and light rail projects in its 2014-15 budget, including more than $A 1.5bn this year. 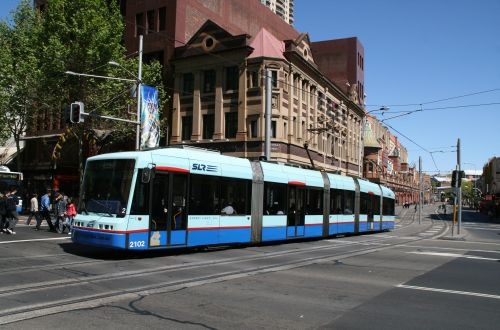 $A 400m has been set aside from the budget to identify future light rail corridors in Sydney.
Photo Credit: John Hoyle

The government has allocated $A 863m in 2014-15 for construction works on the North West Rail Link (NWRL), with a total of $A 5.2bn to be invested in the project over the next four years.

Work has already started on the $A 340m elevated "Skytrain" section of the NWRL while the first tunnel boring machine is expected to be in the ground in October.

Detailed planning work will also soon commence on the recently announced Sydney Rapid Transit rail network, extending the NWRL west to Bankstown, including a second harbour rail crossing, following a $A 7m allocation in the budget.

The budget has also allocated $A 103m towards the South West heavy rail link to Leppington which is now expected to be completed one year ahead of schedule and $A 300m under budget. Services are expected to commence on the line in 2015.

The budget also priorities light rail projects that will play a central role in the future of transport in Sydney, Western Sydney and Newcastle. $A 400m has been set aside to identify corridor options and for a detailed feasibility study for the introduction of light rail in Western Sydney radiating from Parramatta.

In addition, $A 265m will go towards the start of major construction on the light rail network linking Sydney's central business district (CBD) with sport, health and education facilities in the South East, after planning approval was secured earlier this month.

Finally around $A 125m will be spent over the next 12 months on station refurbishments across the network including $A 66m on much-needed upgrade works at the congested CBD station of Wynyard.

The budget follows last week's announcement of the expansion of the "metro" concept to the CBD and western suburbs, and the $A 2.8bn investment in new rolling stock for outer-suburban services from Sydney to the Central Coast, Newcastle, the Blue Mountains, and Illawarra which was announced in May.