MINING company Rio Tinto has been granted accreditation by Australia’s Office of the National Rail Safety Regulator (ONRSR) for the autonomous operation of trains serving the group’s Pilbara iron-ore mines in Western Australia. 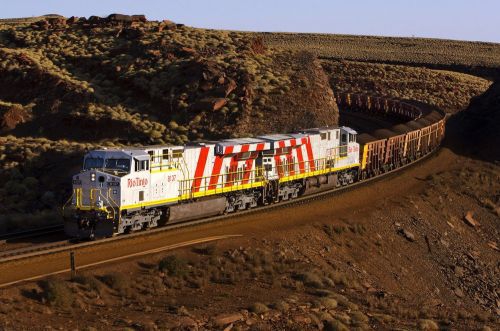 The AutoHaul project continues to progress and is now on schedule for completion by the end of 2018. The company says that once commissioned, the network will be the world’s first heavy-haul, long-distance autonomous rail operation, unlocking significant safety and productivity benefits for the business.

The project involves automating the company’s railway which links 16 iron-ore mines in the Pilbara hinterland with four ports on the coast. At the end of the first quarter of 2018, approximately 65% of all train-km were operated autonomously with more than 3 million train-km completed in this mode.

Trains started running in autonomous mode, with a driver on-board to monitor the train, in the first quarter of 2017, but full implementation has been dependent on ONRSR approval.