THE government of the Australian state of New South Wales (NSW) has announced that track laying on Sydney Metro Northwest has been completed, and the project is on course to be delivered at least $A 500m ($US 379m) under budget. 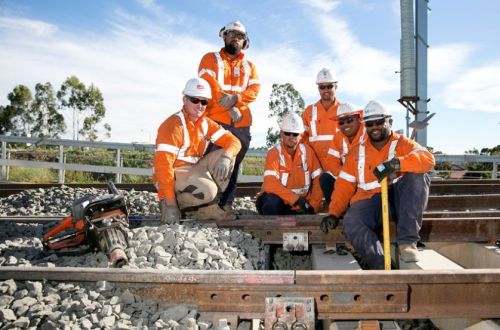 Inspecting the progress at Bella Vista where the final rail was installed, NSW premier Ms Gladys Berejiklian said the project would revolutionise how Sydneysiders get around their city.

“The major contracts for Sydney Metro Northwest were awarded in 2013 and 2014 and the project budget was set at $A 8.3bn,” Berejiklian said. “Project costs are constantly refined during the construction process and we’ve been able to realise significant savings - which will be used to deliver the $A 20bn-plus Sydney Metro expansion.”

Earlier this month, the government outlined arrangements for the temporary closure of the 13km Epping - Chatswood heavy rail link, with services replaced by buses for the 20,000 daily commuters on the route.

Works during the seven-month closure from October 2018 include station upgrades, installation of platform screen doors, with signalling and electrical work to allow operation of the new single-deck driverless trains.

The first stage of the Sydney Metro from Rouse Hill to Chatswood is expected to begin operating by the middle of 2019.

Stage 2 will see it extended from Chatswood under Sydney Harbour and the city centre to Bankstown by 2024, eventually covering 66km and 31 stations.

With signalling and infrastructure upgrades across the existing Sydney rail network, the metro will increase the number of trains entering Sydney city centre in the peak from around 120 an hour today to 200 services in 2024.