GREATER Wellington Regional Council (GWRC) announced on December 17 that it has selected Transdev Australasia in a partnership with Hyundai Rotem as preferred bidder for a contract to operate the Metlink suburban network in New Zealand's second-largest city. 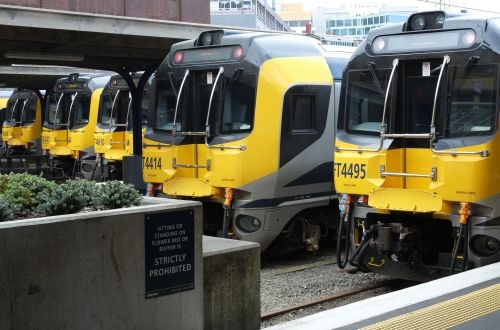 GWRC says it will now begin negotiations with Transdev to finalise the terms of the 15-year performance-based contract, with the aim of awarding the contract by March. If the talks are successful, Transdev will take over from the current operator, KiwiRail's TranzMetro subsidiary in July. The contract requires the winning bidder to retain 400 staff currently employed by TranzMetro.

Two other bidders - Serco, and a consortium of Keolis, Downer, and KiwiRail - also submitted offers in the tender.

Hyundai Rotem is currently delivering a fleet of 83 FP class Matangi two-car EMUs to replace life-expired rolling stock on the Metlink network. The final trains are due to arrive in Wellington next year.

The jobs of 400 TranzMetro staff who currently deliver Wellington's metro rail service and maintain the new Matangi trains will be preserved. GWRC's contract will require Transdev and Hyundai Rotem to offer employment to those staff on the same or more favourable conditions.

"The rail contract is the first of all new, performance-based contracts for our train, bus and harbour ferry services," says GWRC chair Mr Chris Laidlaw. "The new contracts will mean better services for customers and provide strong incentives for operators to grow patronage by making public transport easier and smarter."