THE premier of the Australian state of Victoria Mr Daniel Andrews and minister for public transport Mrs Jacinta Allan announced on August 17 that the state government will back the full implementation of the Murray River Basin Rail Project, which is intended to increase freight safety, reliability and capacity in northern Victoria. 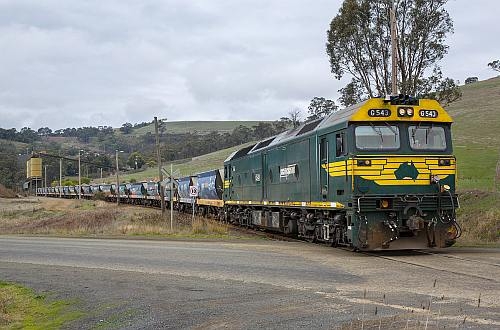 The $A 416m ($US 306m) project involves converting the Gheringap - Ballarat - Maryborough line to dual-gauge and converting the lines north from Maryborough to Mildura/Yelta, Murrayville, Sea Lake, and Manangatang to standard-gauge. In addition, the disused Maryborough - Ararat line will be reopened. Axleloads on all of these routes will be increased to 21 tonnes.

The state has already committed $A 220m in its 2015-16 budget and $A 5m was released in February to enable initial works to begin. Major works are due to start in the second half of next year.

"Stadardising the Murray Basin rail network and increasing the loads it can carry will allow primary producers to get more produce to port more efficiently, boosting jobs and the regional economy," Allan says.

The business case was released by the government on August 17 and has been sent to Infrastructure Australia for assessment. The Victorian government has written to Australia's deputy prime minister Mr Warren Truss seeking federal funds for the project.

While predominantly used for grain, other agricultural products and mineral sands are also carried by rail in the region.

Meanwhile grain logistics business GrainCorp has announced plans to improve turnaround times and efficiency at larger silo sites on these lines while and rationalising the number of silos served overall.

Re-modelling and lengthening of sidings to take longer trains with reduced shunting moves and the possible used of distributed power are also planned.  Construction of a new super site at Rainbow, 67 km north of Dimboola, is well underway; a location previously written off in 2010 due flood damaged track and several years of drought.