MAJOR construction works on Auckland's long-proposed 3.4km City Rail Link are set to start in 2018, two years ahead of its previous start date, after New Zealand's prime minister Mr John Key announced the government will commit to funding half of the $NZ2.5bn ($US 1.6bn) project. 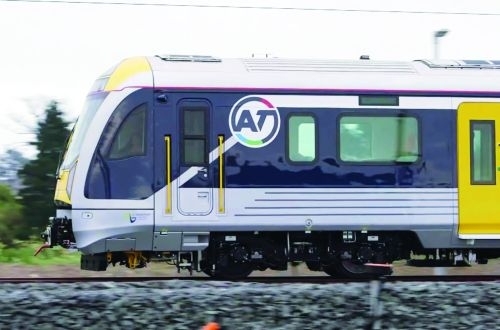 The underground rail link will connect the existing underground terminus station at Britomart with the Western Line at Mount Eden via the city centre with two new underground stations at Albert Street and Karangahape Road. Construction could be completed in 2023.

"It's become clear that we need to provide certainty for other planned CBD developments affected by the rail link.This means we see merit in starting the project sooner," Key says. He added that the decision to bring construction forward by two years reflects the strong growth in rail patronage and the need to provide investment certainty for planned large-scale commercial developments in the city centre.

Auckland's mayor Mr Len Brown welcomed the announcement, saying the government has delivered the funding certainty he has been seeking since 2012. "My view was that at some point the people of Auckland would speak for themselves, vote with their feet, get on the train and persuade the government with their actions, and that's what they've done."

Preliminary construction was officially launched with a Manawhenua dawn blessing on December 21.