ALSTOM Brazil announced on September 3 that it is reopening a production line at its Taubate plant in São Paulo to manufacture stainless steel bodyshells for Santiago Metro’s new fleet of NS16 trains. 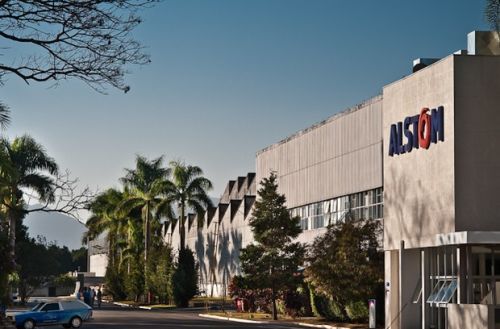 Rolling stock production was suspended following the completion of an order for 32 Citadis low-floor LRVs for Rio de Janeiro.

Alstom is supplying 35 seven-car NS16 sets to Santiago for use on metro lines 2 and 5, where they will replace the fleet of NS74 trains. Bodyshells produced at Taubate will be sent to Alstom’s plant in Chile where final assembly of the vehicles is being carried out.

Production of the remaining 166 bodyshells is being transferred to Taubate from Alstom’s Lapa plant in São Paulo state. Taubate will produce seven bodyshells a month with staff working in one shift.

Alstom says around 120 administrative and production staff will be employed at Taubate by 2020.

Since its inauguration in 2015, Alstom has invested around Reais 50m ($US 12m) in the 16,000m2 Taubate facility, which has been remodelled over the last four months for the NS16 project.