THE Brazilian government will provide Reais 1.2bn ($US 226.4m) of funding through the Ministry of Infrastructure for Belo Horizonte Metro’s Reais 3.6bn Line 2 project. 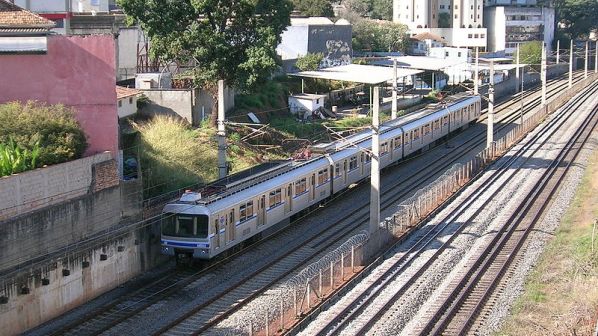 The funds were acquired through an indemnity collected from rail freight operator Vale regarding its operation of the Central Atlantic Railway, and will be managed by the National Bank for Economic and Social Development (BNDES).

The funding will be paid via 60 monthly instalments into the government-operated Partnership and Investment Programme (PPI) following approval of the agreement by the Minas Gerais federal court.

The announcement follows an ordinance published in the Federal Official Gazette (DOU) on July 24 which qualified the project as suitable to receive PPI support.

The new 10.5km line will run southwest and connect the Belo Horizonte districts of Calafate and Barreiro. The line will have seven stations at Barreiro, Mannesman, Ferrugem, Vista Alegre, Salgado Filho, Amazonas, and an interchange with Line 1 at the existing Calafate metro station. It is expected to serve approximately 120,000 passengers per day.

Plans for the project have been in place for around two decades, following the opening of the 28.1km Line 1 in 1986. Preparatory work for earthworks, drainage and other basic infrastructure was carried out between 1998 and 2004, but was later suspended.

The funding is expected to help support the project through the economic challenges associated with the coronavirus pandemic. It follows the approval by Brazil’s lower house of a Reais 4bn bailout package for transport operators impacted by the pandemic. The package is currently awaiting approval by the senate.