THE mayor of Bogota Mr Enrique Peñalosa announced on April 4 that tendering will begin next year for the construction of the first metro line in the Colombian capital, although the specification for the project has been scaled back from previous proposals. 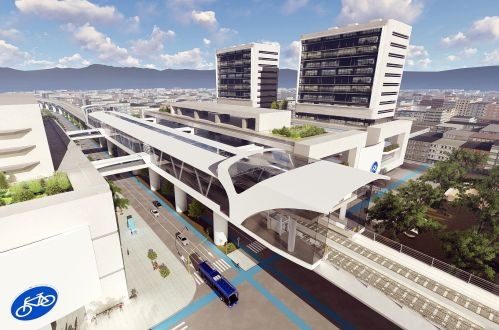 Previously the city planned to construct a 26.5km from Portal Américas to Calle 127, which would run underground for its entire length. However, during his mayoral election campaign last year Peñalosa expressed concerns over the cost of the project, which had an estimated pricetag of $US 6.9bn, and instigated a review of the plans when he assumed office in January.

The cost of constructing the underground line was subsequently deemed uneconomic and a revised proposal was adopted for a 15km elevated line from Portal Américas to Calle 6 in the city centre.

Peñalosa says land acquisition will begin in the second half of this year, together with a programme of early utility diversions, which is intended to minimise disruption to traffic during the main construction phase. Financing and bidding documents will also be finalised in the second half of the year with the aim of launching tenders for the construction of the line next year.

The Colombian government is expected to provide 70% of the funding required for the project, with the remainder coming from the City of Bogota.