THE Brazilian government has confirmed that it will open bidding for a new sub-concession for the south-central section of the North-South Railway (FNS) in early 2018 with public hearings for possible bidders beginning at the end of June and set to run until August 11. 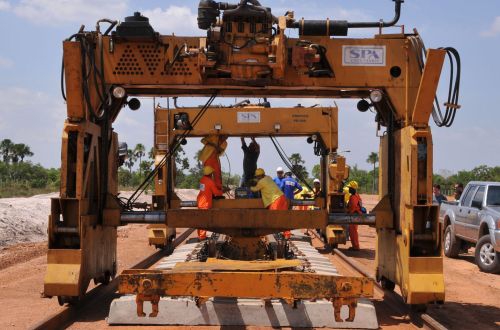 Bidders are required to officially confirm their participation by the end of 2017, and according to the secretary of land transport and waterways at the Ministry of Transport, Ports and Civil Aviation, Mr Luciano Souza Castro, the concessionaire will be expected to invest approximately Reais 3bn ($US 907.7m) during the 30-year sub-concession, financed by the Brazilian National Development Bank (BNDES).

“Because it is a railway stretch in the final stage of implementation, most of the investments to be made by the sub-concessionaire are associated with the acquisition of rolling stock,” Castro says.

The 1537km line will be tendered for 30 years with an option for a 30-year extension. The 855km Porto Nacional - Anápolis section is complete, while the remaining 682km stretch between Ouro Verde (Goiás) and Estrela D'Oeste is under construction with 90% now complete. As concessionaire for the project, state-owned Valec is leading construction. Work is due for completion in the first half of 2018.

Under the sub-concession system, the winning bidder will be responsible for investment, and acquisition and operation of rolling stock. Bidders’ economic proposal will be rated according to the highest grant value.

FNS is designed to promote national integration and minimise transport costs through its connections to new and existing railways. It is considered the backbone of the Brazilian railway network and one of the country’s main projects to boost agricultural production.

The broad-gauge line is designed for 32.5-tonne axleloads with trains operating at up to 60km/h. Initial demand is forecast at 1.2 million tonnes per year, reaching approximately 8 million tonnes by 2020. At the end of the sub-concession period, the railway is expected to carry about 23 million tonnes of freight annually, predominantly general and dry-bulk agricultural freight

The Brazilian government is also planning to announce auctions for two greenfield projects: the Ferrogrão Railway and East-West Integration Railway (Fiol), although no dates have yet been confirmed.