Brazil’s Cosan proceeds with ALL takeover

COSAN Logistics has been granted approval by Brazil's anti-trust regulator Cade to proceed with a takeover of the country's largest railway operator Latin American Logistics (ALL) through its Rumo Logistics subsidiary, which is expected to create a logistics company worth Reais 11bn ($US 3.85bn). 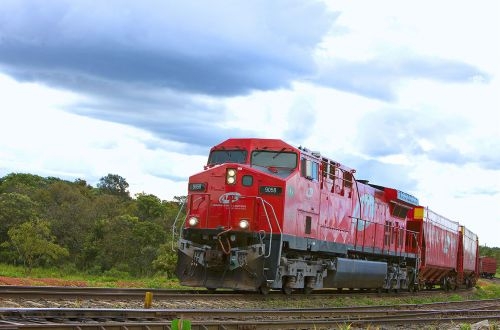 Rumo agreed to buy ALL's rail division in February 2014 for around $US 3bn in an all-stock deal. Cade gave the greenlight to proceed on February 11 as long as the new freight company continues to guarantee of third-party access to Cosan's two dry bulk terminals at Santos, Brazil's largest port. This is intended to address sugar and grain producers' concerns that the deal will create a monopoly on railway access to Santos.

Cosan, which is based in São Paulo, is a producer of bioethanol, sugar, energy and goods, and already contracts ALL to provide transport services to Rumo. The merger ends a long-standing legal dispute between the two companies over contracts to deliver Cosan's sugar over ALL's infrastructure, with Cosan arguing that ALL was failing to invest sufficiently in its infrastructure.

ALL operations consist of four railway concessions which operate on 12,900km of track it owns in the south of Brazil with direct links to the port of Santos, Paranagua, Sao Francisco do Sul and Rio Grande. It owns around 1000 locomotives and 27,000 wagons and predominately transports agricultural commodities including fertiliser, corn, wheat, soy, bran, vegetable oil and sugar, and industrial products including petroleum and ethanol. Its major clients include Petrobas, Raizen, Ipiranga Ipiranga, Alesat, Latin and CPA.

ALL is currently carrying out a Reais 20bn investment programme in its network which will last up to 2020. Work includes eliminating bottlenecks on the lines from Campinas to Estrela D'Oeste and Santos.