THE Cuban Ministry of Finance has confirmed funding for 240 new passenger coaches per year in a bid to upgrade the country's railways. 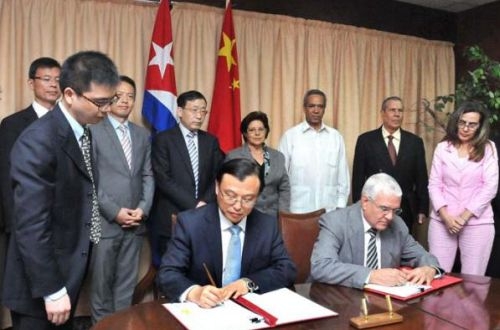 Photo Credit: Officials from the Cuban Ministry of Finance and China's Exim Bank sign the deal.

A deal was announced in November 2015 but it has taken until now to sign a financing deal with Exim Bank, China. While there are no details on price or builder it is expected that 80 vehicles per year will be delivered over three years.

Cuban National Railways (FCC) currently operates around 50 ageing long-distance coaches acquired from France, Germany and Mexico, and most trains which used to run daily now only depart every three days.