THE Ecuadorian government has announced plans to put several state-owned companies, including Ecuador Railways, into liquidation. The decision is intended to substantially reduce expenditures at a time when government income, especially from oil revenues, has been severely reduced. 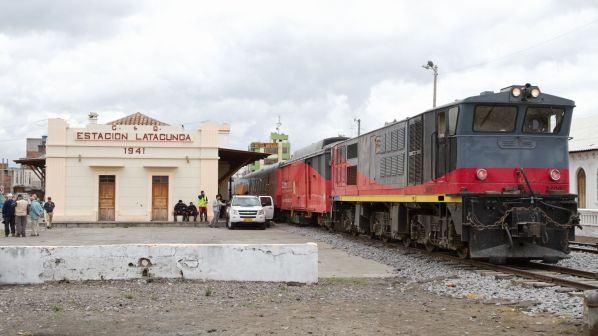 Ecuador Railways Public Company (Feep) was established in 2010 to take over the assets and operation of the previous state-owned rail company EFE, which had barely operated any services following substantial El Niño weather damage to the network in 1996-97.

The 966km 1067mm-gauge rail network was substantially modernised between 2010 and 2015 with 507km completely renewed and rebuilt at a cost of around $US 385m. However, lack of maintenance and damage caused by earthquakes and volcanic eruptions meant only 380km was operational in 2019 with 127km having been effectively shut in 2018.

Feep’s main business activity was the operation of both short-distance and longer multi-day tourist trains, including the 447km flagship Tren Crucero Quito - Duran (Guayaquil) service which crosses the Andes before descending to the Pacific. The railway currently employs 327 people.

In an interview with local media, transport minister, Mr Gabriel Martínez, said the government hoped to revive the tourist train market and that it was in discussion with Peru based rail operator Peru Rail. The company’s website currently carries an invitation in Spanish, English and German for potential partner companies to develop options for continued operation.

In the event a new operator or partner cannot be found within six months of the liquidation the assets and the liabilities, including former EFE and FEEP employees’ pensions, will pass to the Ministry of Tourism.

In 2008 the national railway network was declared a national monument with legal protection. The law establishing Feep in 2010 specifically requires the infrastructure and rolling stock to be legally protected and not sold in the event the company is liquidated.