THE first of 26 trains being supplied by CAF, Spain, for Line 5 of the São Paulo metro has been delivered. 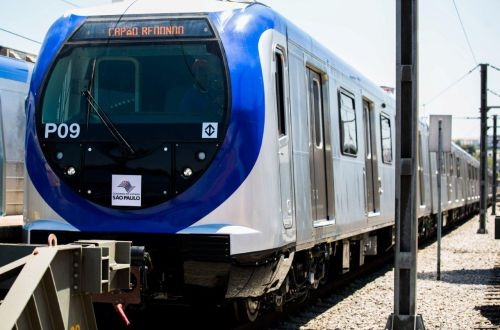 CAF won the Reais 615m ($US 281.5m) contract for the six-car trains in July 2011 and is due to complete delivery of the remainder of the fleet next year.

The 8.4km-long Line 5 runs from Capão Redondo to Largo Treze and is currently being extended by 11.5km northeast to Charcara Klabin. The first section, which includes the new station of Adolfo Pinheiro, should be completed in January. When the entire extension is completed in 2015, traffic is expected to increase from 250,000 to around 770,000 passengers per day.

Line 5 is being equipped with communications-based train control (CBTC) under a Reais 171m contract awarded to Bombardier in 2011. The new system will allow trains to operate at minimum headways of 75 seconds.

A study is underway for a 4.1km extension to Line 5 from Capão Redondo south to Jardim Angela which would attract an additional 124,000 passengers per day. The estimated cost for the project is Reais 2.6 billion, including civil works, systems, and acquisition of 17 new trains.