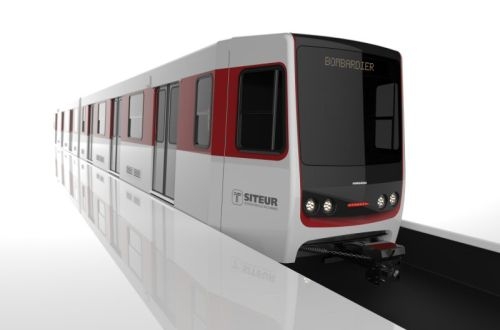 The World Bank is funding the procurement and Bombardier says the trains, dubbed TEG-15, are based on the 12 TEG-12 vehicles supplied to Mexico City. The new trains will include an onboard video recording system, new fire and smoke detection systems, LED technology, and will be accessible to wheelchairs. The 29.56m articulated carbon-steel sets are designed for a maximum of 48 seated and more than 300 standing passengers, and will operate at up to 80km/h.

The new trains can run in pairs and will also be compatible with Siteur's TEG-90 trains used on Line 1 to increase the capacity of these four-car sets by a third, with each carrying up to 900 passengers. To accommodate longer trains station platforms are being extended from 60m to 90m as part of a wider renovation programme at each of Line 1's 12 stations. A project is also underway to extend the line by 1km to the north, which will increase the length of the line to 16.5km.